As a concept, Biophilic design has been doing the rounds for some time. We first started writing about it in 2016, when it began emerging as a trend pioneered by designers like Oliver Heath. In 2023 interest is still thriving, with Google searches for the term doubling over the last few years. But what’s driving this sustained period of interest? Why is Biophilic design still relevant while the  transient trends – Like CottageCore – aren’t?

“Biophilic design is all about bringing nature back into your life. Putting it in front of people. Bringing beautiful spaces into your house and garden.”

The term ‘Biophilic Design’, stems from ‘biophilia’ – the love of nature, which was popularised by Harvard conservationist E.O. Wilson, who argued that humans are hard-wired with a need to connect to nature. By not doing so we are opening ourselves up to increased levels of stress and anxiety.

This is the most fundamental notion of Biophilic Design – to bring nature and its innate calming qualities into spaces. To work natural materials, plants and greenery into modern spaces in innovative ways that enhance the rooms in which we live, work, educate and shop. In every sense, Biophilic Design is about bringing the outdoors in – it is the seamless meeting of nature with modern life. 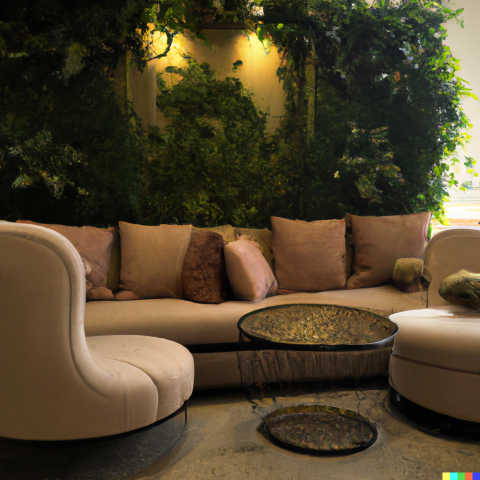 For a long time, suggestions about the benefits of nature within modern architecture and cities were at best tentative. Today however there’s a litany of studies that prove undeniable links between Biophilic Design and better health, commercial outcomes and educational results.

Research by Cardiff University showed that, after three months, offices with elements of nature in them saw an increase of 15% in productivity. Improvements have also been seen in creativity and absenteeism.

Schools incorporating Biophilic Design have shown improved concentration and attendance. In a recent study of 360 students by the University of Sydney, those in classrooms with plants showed a 10% to 14% improvement in test results.

In hotels, guests have been more ready and willing to part with their cash – by an increased 23% for rooms with an element of Biophilic Design.

Introducing nature to the home has been proven to create a soothing, invigorating environment. And bringing nature into the community has in some cases seen a fall in crime.

Most staggeringly of all however may be the affects seen in healthcare, where patients with a view of plants have recovered more quickly from surgery and the need for pain medication has decreased by 22%.

Let’s take it back to its roots (no pun intended!!): biophilia means a love of nature. It relates to our in-built attraction to the natural world, which was built up over millennia of living in direct contact with nature. It has been argued that our increasing connection to a digital world and the urbanisation of our lives has resulted in a disconnect from the natural world – and that this is a bad thing. Being more closely connected to nature helps to relieve stress and anxiety, both of which are recognised as high risk factors in mental health and cardio-vascular illnesses. 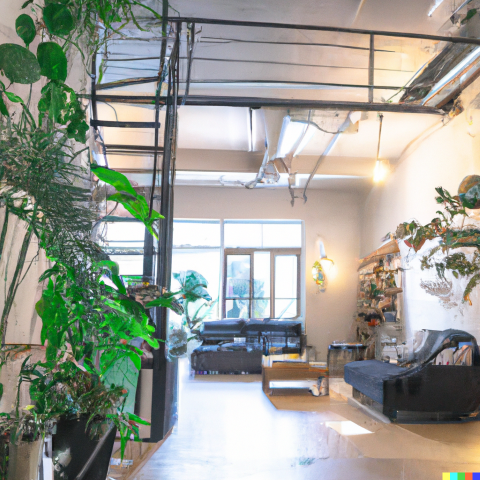 How to embrace the Biophilic in your interior design scheme:

Real plants, fake plants – even pictures of plants. All work if you’re trying to bring that biophilic vibe into the home or office. Paint colours too can play a big part – and it’s not just greens!

One aspect of biophilic design which is seeing a massive surge in popularity – according to Google search data – are living walls.

Richard Rowlands, co-founder of I Want Plants, says: “People don’t just want plants now, they want living art. People are creating living walls in their homes and offices and putting plants on the walls where before they had paintings.”

Having biophilic elements around the home can have a huge impact.

“We all know there are plenty of benefits to filling your home or workplace with plants,” said Brendon Haxby, co-founder of Naken.co.uk. “But did you know a lot of the same benefits apply to artificial plants and flowers too.

“From boosting mood and productivity to reducing stress, faux plants can transform not only the appearance of a room but the feel too. Plus, a quick dust now and again is all that is required to keep them looking great.”

She said: “Although greens may be the first colour that springs to mind, homeowners can be a lot more creative than that.”

Victoria believes colour schemes that focus on the sky, sea, botanicals and the Earth can be just as powerful as greens when it comes to reconnecting with nature.

Victoria added: “You can embrace biophilia while embracing a spectrum of colours. Nature is more than greenery, take inspiration from flower beds, rivers, streams and rugged coastal paths.

“The increased appetite for Biophilic Design recognises how much humans rely on the natural world, both physically and mentally.”

Zoe Eaton, Creative Director of independent wallpaper brand Ohpopsi, said: “Greenery in any interior space, brings it to life, a living breathing thing that helps to purify the air and keep us well – in mind and body. Grouping plants together of various sizes creates a modern centre piece to any home and using a mix of textured ceramic pots adds a warmth to the display.  I love 60s German pottery for mine, they are a bit battered and may have an odd chip but the ceramics have a rich history and story to tell – vintage and new life together in perfect balance.

“If you are a little intimated by the thought of looking after real houseplants – you can always fake it. Today’s faux plants have come a long way since the dust collectors of the 90s and get the right ones and they are almost impossible to distinguish from their real-life counterparts. And they are still uplifting.

“And if you really want to get creative with all things houseplants, our wallpaper of the same name is a great way to inject a dose of biophilia into the home. Our Houseplant wallpaper is perfect for those time-poor or un-green fingered folks who want to embrace the biophilic trend without any hassle.” 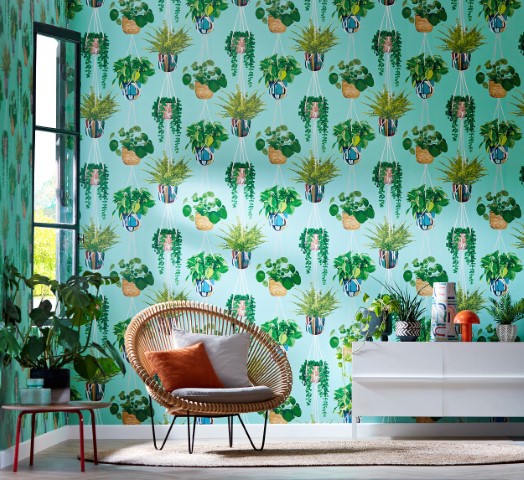 Houseplant from Ohpopsi in Cerulean Twist