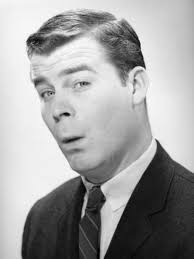 So, er… what do you do… exactly? It’s the question I get asked more than any other when I tell someone I work in PR. What is PR… exactly? they say. Usually cocking their head slightly to one side. Quizzically.  The way a dog does when he realises you only pretended to throw the ball.

And I know what they mean, because let’s be honest, the PR sector as a whole, being as we are – communicators – have done a pretty poor job telling people what it is we actually do.

A couple of years ago the PRSA (Public Relations Society of America) spent over four months deliberating on a modern day definition of PR.

What did they come up with?

They came up with: “Public relations is a strategic communication process that builds mutually beneficial relationships between organizations and their publics.”

It was presented to our own UK-based PRCA (Public Relations Consultants Association) , who, kind of metaphorically cocked their heads, quizzically, to one side and said top marks for effort… but… nah.

Also over here in the UK we have the CIPR (Chartered Institute of Public Relations) whose definition of PR is:

“Public Relations is the discipline which looks after reputation, with the aim of earning understanding and support and influencing opinion and behaviour. It is the planned and sustained effort to establish and maintain goodwill and mutual understanding between an organisation and its publics.”

It’s not going to win any ‘Plain English’ awards is it.

Is it press releases? Is it conferences? Public speaking? Social media? Digital marketing? Editorial? Is it features? News profiles? Websites???

It’s all of that really. And then some. My answer to ‘What is PR’ is generally this: PR is telling the people who matter the things they need to know.

The next question is generally: What can it do for me.

But that’s a question I won’t answer. Why? Because my feeling is that if you don’t know how powerful PR is in helping businesses to reach their goals, then it’s not for you. Not yet. So I’d probably make a joke and move the conversation along.

As for where you can find a great explanation as to ‘What is PR’… I have to give credit to the PRCA here – I am not a member* – but while it doesn’t exactly flow from the tongue, I think the PRCA do the best job of explaining what PR really is.

And that is this:

“Public relations is all about reputation. It’s the result of what you do, what you say, and what others say about you. It is used to gain trust and understanding between an organisation and its various publics – whether that’s employees, customers, investors, the local community – or all of those stakeholder groups. Public relations professionals use many different techniques as part of their PR campaigns. From media relations and lobbying, to speaking at conferences, to online viral campaigns, to sponsorship – and more. PR isn’t always about short-term campaigns, such as product launches. It can encompass longer-term strategic aims, such as brand building and working with local communities.

“How does it differ from advertising? With PR, a company does not pay the newspapers and TV channels for the media exposure it secures. It’s this third-party endorsement that gives PR its power and credibility. How does PR benefit a company? Public relations can play a critical role in achieving a competitive advantage by, for example, opening new markets, attracting high-calibre employees, giving more access to funding and investors, creating a high value for products and services, and protecting businesses in times of crisis. All organisations, whether local or international, big or small, benefit from public relations.”

*if you’ve ever been into scuba diving, then it might help to think of PRCA being like BSAC and CIPR being a bit more PADI. Although it might not.