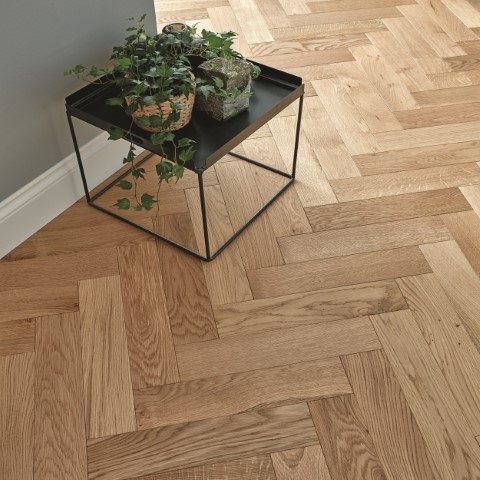 CONSUMER interest in parquet and herringbone flooring is trending at an all-time high according to jwc research conducted this month.

Our recent investigation shows internet searches for the terms ‘parquet flooring’ and ‘herringbone’ within the Home & Garden category of Google are currently at their highest since records began in 2004.

To spell it out, during the last five years, consumer interest in the term “laminate flooring” has doubled whereas “herringbone” has seen a 10x increase in people searching for the term within the Home & Garden category.

Parquet, or herringbone as it’s often referred to, originated in grand homes and palaces across Europe, but its timeless appeal is now highly sought after in domestic settings across the country.

And it’s easy to see why. It is a style that is versatile, timeless and elegant, and brings with it plenty of charm.