The £2.3m Press Release (that never went to the press)

The £2.3m Press Release (that never went to the press) 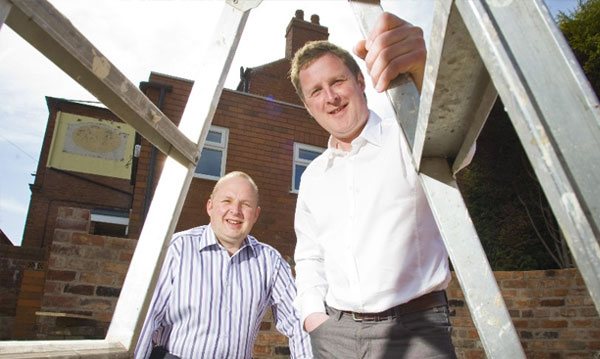 Stewardson Developments are an environmentally aware property developer who brought in jwc to cement their reputation as innovators and thought leaders ahead of a £2.3million funding bid to Lloyds TSB.

From the beginning, we saw that Stewardsons were doing something no-one else was doing – they were fitting free solar panels for tenants who wanted them. It made financial sense as the tenants got free electricity while Stewardsons got a small ROI.

However, the media were bored of hearing about solar panels, having been saturated with stories of feed-in-tariffs and cowboy installations etc. The middle market papers were up-in-arms about solar panels appearing on thatched cottages, the tabloids were finding them on footballer’s mansions… in a media climate which was against us we needed to find a way of broadcasting Stewardson’s good work.

How did we do it?

Our inspiration was writing a press release but never sending it to the press.

Instead we sent it to Stewardson’s local MP James Morris, who was so impressed with what they were doing he went on to mention them in Parliament as being an “outstanding example of local innovation.”

We used the mentions in Parliament as the basis for several regional and national award-entries (Landlord of the Year, Green Landlord) – all of which Stewardsons won.

With Stewardsons established as a reputable award winner jwc then promoted them as thought leaders to the media securing extensive coverage in The Daily Mirror, The Daily Telegraph, The Times and The Guardian.

The cuttings and award wins formed part of the loan application for £2.3million – which was granted by Lloyds TSB – who also featured Stewardsons as a case study in their own internal literature.

We are still retained by Stewardsons and Phil Stewardson appears each week in the Sunday Telegraph as their ‘Property Doctor’ we have recently begun working on a deal for his first book.

Phil Stewardson said: “We worked with jwc to raise our profile in the national and local press so our lenders suppliers and potential clients would see we are committed to sustaining and growing our business.  We were very impressed with the results and are certain that their inspirational work was helpful in us securing our investment and moving the business forward.”

This case study first appeared in the jwc monthly update mailer. If you haven’t subscribed you can do so below.

Every month we bring you insider hints and tips to help get the most out of you PR and marketing communications.