As a champion of all things interiors, you’d think our office would be reminiscent of Miranda Priestly’s office in The Devil Wears Prada.

And in many ways it is. We have the mid-century modern chairs, abstract art in funky frames and gifts from well-known celebrities adorning the walls (John has a drumstick signed by Mike Joyce of The Smiths behind his desk, so that definitely counts).

But for every item of perfectly placed furniture, there’s a corresponding piece of paper taped to a shelving unit with print deadlines penned in ominous red marker, an empty 19-litre water drum that waits forlornly to be collected and a cheap heater on full presenting a very real trip hazard and doing nothing to help the aesthetics.

In the almost two years since we moved into the Altrincham office it has continued to evolve and develop, changing as the business does.

But the thing I love about our office is it sums up jwc to a tee. It might not be large, or the most glamourous, but it works. And it works well. 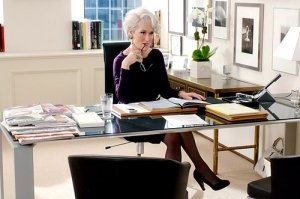 Can’t argue with that.