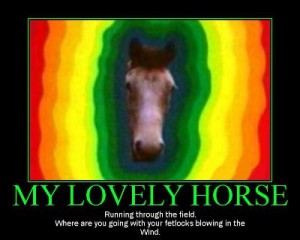 PR NIGHTMARE – There’s a Horse In My Burger

Horse meat in beef burgers … to be honest I’ve seen budget burgers being made and it’s not a pleasant process, IMHO 29% of any meat would be a welcome addition.
For Tesco, Lidl, Aldi and Asda it’s been another crisis to deal with, a fire that needs dampening down, and so far they’ve done a great job of it. But there’s more to come.

Spokespeople have been readily available from the moment the news broke; everything has been recalled; an investigation has been launched. Everyone seems to be playing with a decent honest hand.

There have been a couple of remarkable over-reactions, notably an Irish Food Standards Agency spokesman stating that: “In Ireland it is not our culture to eat horsemeat.”

Just in case anyone was wondering.

The fingers are starting to point to suppliers in Continental Europe.

And this is where the supermarkets need to concentrate their secondary PR efforts.

Consumers may want to know why, when we have such a rich meat industry in the UK, we are importing dubious meat from abroad.

I imagine it will reignite the debate over the inclusion of Pink Slime in food. Which is never a pleasant debate to have.

So let’s watch how round two unfolds. I’m just glad I’m having chicken for tea.